Our School Council was set up in 2004 by Louise Hartley, who was a year 8 pupil and Mr Simmonds, our Curriculum leader for RE and, at that time, the PSCHE coordinator.

Since then, Bowland’s School Council has gone from strength to strength and we play an invaluable role in the development of many key areas of our school life.

Each form group is represented on the School Council, after elections are held in the Autumn term. Our meetings are held weekly to discuss important developments in the school and are led by our executives under the watchful eye of Mr Simmonds. Over the years, major decisions have included improvements to the food served in our school canteen, involvement with the appointments of new members of staff, decision-making on the new school uniform and behaviour policies and recommendations to modernise the school’s toilet facilities.

The School Council’s current focus is on the impact of single-use plastic. We know that this is a major world-wide issue, but we want to evaluate our role in this problem and look at ways in which we can change our habits, especially in school, to make a difference. We estimate that, as a school, we throw away approximately 57,000 plastic bottles each year. This is a figure we are keen to significantly reduce to make a difference to our planet.

As a reward for our commitment to the School Council, a trip to the Houses of Parliament is organised annually to allow pupils to see for themselves how democracy works in the UK, as well as building a stronger team and developing new friendships. Whilst in London, we have a tour around the Houses of Parliament and participate in a session, led by the Parliament Education Service, to allow us to further understand how our democracy works through enjoyable activities.

“We are very lucky to have such a dedicated group of young people who care about our school environment as well as the world around us and are willing to give up their own time to make improvements and changes for everybody at Bowland.”  Mr Tarbox

““Pupils are polite, well-mannered and respectful.”

“Teachers and pupils show mutual respect for each other.” 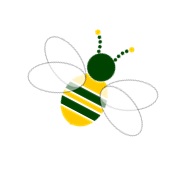